US dollar in demand ahead of event risk

The impending European Central Bank (ECB) meeting and the release of the US nonfarm payrolls data failed to dampen trading enthusiasm so far this week, which isn’t normally the case.
Often, FX trading is rather subdued ahead of these policy and data risk events. The difference this time is the ripple effects from the twin surprises from the Federal Open Market Committee (FOMC) statement and the Bank of Japan stimulus spending expansion. With two of the “Big Three” central banks out of the way, it has been left to the European Central Bank (ECB) to complete the trifecta.

That seems unlikely in light of a Reuters story that not only suggests a lack of harmony in the ECB board room but also insinuates open hostility towards the ECB president Mario Draghi by an undisclosed number of national governors. They are reportedly vexed by Draghi’s tendency towards secrecy and some unilateral actions. 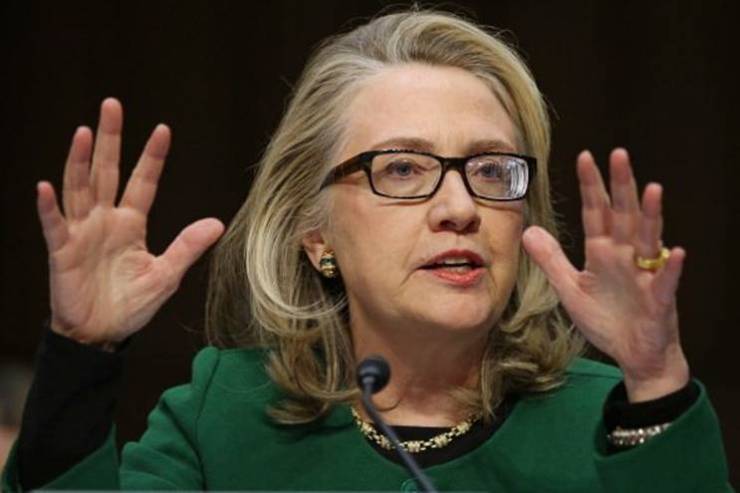 Democrat Hillary Clinton might think twice about running for the US presidency now that the Republicans control both the Senate and the House. Photo: Getty

In reality, it may just be the proverbial storm in a tea-cup. What’s the point of having a board or governing council if all the members just agree with one another?

The ECB is not expected to introduce any policy measures, leaving traders to determine the extent of the degree of doveishness or hawkishness in the statement. EURUSD has dropped fairly significantly since the FOMC statement, shedding nearly 0.0350 points and is trading at support in the 1.2430-50 area. EURUSD will be hard-pressed to extend losses below this level on a neutral ECB statement.

The US mid-term election results are getting a lot of attention but for short-term FX traders, it is just noise and something to be ignored. The Republicans now have control of the Senate and the House which suggests that Obama is, if not a lame duck president, a duck on a short Republican leash. The results won’t provide any short-term direction to the US dollar, which leaves the focus on oil prices, equity markets and Friday’s nonfarm payrolls report.

Is Loonie landing on oil floor?

WTI oil prices have dropped from about $107.40 in June to a low of $75.90 yesterday and have since bounced to $77.28 currently. That move coincided with a drop in USDCAD from 1.1465 to 1.1415. Saudi Arabia came out with a two-tiered pricing strategy a couple of days ago with the US getting a lower price than Europe and Asia, which was behind the latest leg lower in oil prices. However, WTI is near long-term support in the $75.00/bbl, which is guarding the $73.50 level representing the 50% Fibonacci retracement area of the 2009-2011 range. If $75.00 does contain WTI weakness it will also serve to limit USDCAD gains above 1.1550.

Friday is payrolls day. The slightly hawkish tone to the FOMC statement and the Committee’s insistence that rate hikes are data-dependent makes the Friday US nonfarm payrolls (NFP) report a tad more important. However, the FX market is already bullish and expecting a “big” number. Today’s ADP employment report beat expectations, leading to a similar sentiment for Friday’s NFP report. The consensus forecast for NFP is a gain of 231,000 jobs and for the unemployment rate to remain unchanged. Many bank economists are projecting a number in the 240,000 area. The US dollar is already bid on the back of improving domestic growth so even a consensus print would be bullish.

Meanwhile, north of the border, the volatility of the Canadian data and the hangover from the summer reporting issues has greatly diminished the impact of this series. Canadian employment is expected to decline by 5,000 jobs in keeping with its recent down-up-down pattern. A weaker- than-expected print will undermine the Loonie while a stronger-than-expected print will have a limited effect.