The FX markets got a nudge from China’s rate hike announcement and a kick from Mario Draghi’s speech while surprisingly strong inflation data in Canada stomped USDCAD through the floor. All in all, a lively end to what could be a much quieter week ahead. 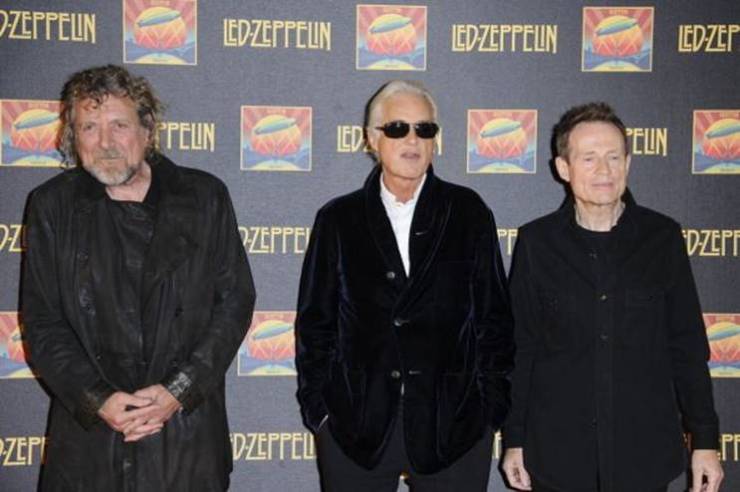 Led Zeppelin’s influence continues and in the most likely quarters. Photo: Ben A Pruchnie

What was most surprising about Draghi’s remarks was the reaction to them. EURUSD reacted as if Draghi being concerned about persistently low inflation was news. Additional Eurozone stimulus measures have been talked about ever since he introduced negative interest rates and EURUSD adequately reflects that risk.

All Draghi said was that if inflation doesn’t pick up soon, the ECB would take further measures, something he has been saying for months. That also implies an elevated importance for next Friday’s Eurozone CPI data.

EURUSD has struggled to extend losses below the 1.2365-1.2400 area, in part due to the reportedly extreme short EUR positions outstanding. Today’s EURUSD drop halted above 1.2400 suggesting that new lows prior to next Friday’s CPI are unlikely.

With US Thanksgiving day fast approaching, the Loonie is flapping its wings and reminding traders that it is not a turkey. USDCAD dropped like a stone on the 2.4% year-over-year rise in CPI (forecast 2.1%) breaking major support levels in the process. The Bank of Canada may find it difficult to continue to harp on the dangers of deflation, which will provide additional Canadian dollar support. The Canadian dollar has been a popular “short” for the past six months due to a combination of a doveishly biased central bank and the belief that Canadian economic improvements would lag behind those of the US. In addition, the domestic employment situation has turned positive in the past two months after numerous up-and down-reports.

The icing on the cake was the announcement of a Federal budget surplus to go along with the trade surplus and suddenly, the ugly duckling has turned into a swan, or at least a not-so-ugly duck. Today’s news of a cut in Chinese interest rates gave commodity currencies (and the Loonie) as gold and WTI gained. However, those gains may be fleeting. A couple of major bank economists have noted that the China rate cut headlines are a tad misleading as the one-year rate increased. WTI may have bounced but as long as it trades below $80.10/bbl, the downside remains vulnerable.

This week had all the makings for a lively FX session, and traders weren’t disappointed. Japanese politics, FOMC minutes and a doveish Mario Draghi took turns wreaking havoc on currencies.

On Monday, USDJPY was in demand on speculation of a snap election call and a delay in the sales tax hike. That helped to set the tone for a generally bullish US dollar day.

On Tuesday, the Japanese election and sales tax delay speculation became fact. USDJPY soared, sank and soared again. Meanwhile, the Reserve Bank of Australia governor turned a “non-event” speech into a market mover with a warning of a “material risk” that AUDUSD falls further.

Wednesday was pretty dull in comparison to the two previous days but that changed after the release of the FOMC minutes. EURUSD saw some choppy action while not really moving outside its short-term range. USDJPY provided the fireworks posting a new high after a roller-coaster ride.

Thursday saw a continuation of the post-FOMC market volatility while USDJPY climbed in fits and starts until New York started its day. Strong Retail Sales in the UK gave GBPUSD a lift. Decent US data reports including Home Sales and Philly Fed were ignored.

It is a short week for American traders with the major Thanksgiving holiday on Thursday. Friday may not be an “official” holiday but other than retail employees, many Americans take personal days on Friday to make a really long weekend. Consequently, FX trading will be extremely light in North America beginning Wednesday afternoon.

Monday is likely to be quiet to start with Japan closed for a holiday. German IFO data may provide limited excitement during the European session.

Tuesday may be interesting in Asia, with Chinese Leading Economic Index data, a BoJ governor speech and economic data from Germany (GDP) Canada (Retail Sales) and a lot of US data including GDP and Consumer confidence.

Wednesday is sure to be busy, but short, at least from a North American perspective. UK data will dominate the European session. The US sees two days’ worth of data being dumped on one day. However, the reactions are likely to be muted as most of the American traders will be eyeing the clock, hoping for an early exit.

Thursday sees key data releases from Germany and Japan but the lack of a US market will dampen trading enthusiasm.

Friday could be fairly volatile depending upon the Eurozone CPI data, especially following Draghi’s remarks this morning.