The US dollar is ending the year with gains across the board against the majors. It shouldn’t be a surprise since America is poised to raise rates while most of the other nations are looking to cut them. Greece concerns remained elevated overnight while downward pressure on oil prices undermined commodity prices. Today’s US data (Jobless claims, Chicago PMI and Pending Home Sales) won’t cause much of a stir with markets closing early. The month-end/year-end fix may only cause a minimal disruption due to the holidays.

2014 is fading to black. And just like Metallica’s 1984 song Fade to Black, 2014 started off slow and sleepy before becoming a cacophony of noise and volatility.

February set the stage for the next few months. Janet Yellen took the helm of the Federal Reserve, a disappointing nonfarm payrolls number confused dollar bulls and Mario Draghi continued talking about “waiting for additional data” before taking any stimulus action. Russia hosted the 2014 Winter Olympics in Sochi, claiming 33 medals by the close of the games and Crimea by the close of the month.

March came in like a lion, or rather a bear, a big Russian bear raising fears that after digesting Crimea, President Vladimir Putin had his sights set on Ukraine. Commodity markets tumbled, led by copper, when China announced weaker-than-expected trade data. Copper prices hit a four year low and risk aversion was a popular theme. Yellen suggested that the definition of “considerable time” might be six months and the dollar bulls got excited. 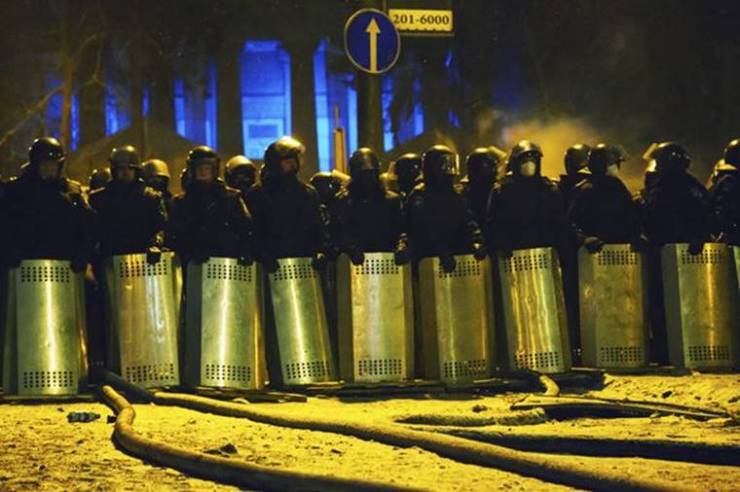 Scenes such as these in Kiev’s centre are among the abiding images of 2014. Photo: Thinkstock

April fools were plentiful at the start of the month when nonfarm payrolls failed to deliver a spectacularly strong print making a reasonable number a reason to sell. By the end of April, the Fed seemed to be redefining the definition of “considerable time”. Meanwhile, the European Central Bank’s Draghi was still talking stimulus but not acting. April ended with Russia and Ukraine openly hostile and the US Secretary of State, John Kerry, threatening Russia with sanctions.

May brings flowers which is because they are well fertilized and fertilizer was plentiful at the start of the month. Yellen’s testimony to Congress was a head scratcher sounding simultaneously bullish and bearish. Draghi dropped a verbal bomb at his press conference hinting at stimulus action “next month”. Russia and Ukraine continued trading real bombs.

June had two D-Day’s. The usual June 6 remembrance services and June 5, Draghi Day. Draghi delivered on his promise in May and introduced negative deposit rates. That caused a stir, but not as big as the stir caused by the start of the FIFA World Cup on June 12. The Islamic State of Iraq and Syria (ISIS) entered the lexicon of the masses at the end of the month due to their brutal actions and surprisingly rapid military achievements.

The World Cup distracted traders for the first part of July until Germany won the tournament. Hot summer temperatures were being blamed for concerns that collectively, the FOMC was suffering from heatstroke for what appeared to be an inability to articulate a strategy for transitioning from tapering to tightening. Someone in the Ukraine war zone, perhaps also suffering heat stroke shot a passenger plane out of the sky and Russia was threatened with more sanctions.

August is said to host the dog days but this August’s were the dog days of war. The US led airstrikes against ISIS positions in Iraq while Russian troops, which Russia said weren’t in the Ukraine, left the areas that they were never in. The month ended with the Jackson Hole Symposium in the limelight. Traders were disappointed (again) in Yellen’s speech and hopeful for more action from Draghi’s speech. In Canada, Statistics Canada was left red-faced after a blunder with the employment report necessitated its re-release a week later.

September kicked off Currency Devaluation Season. It started with renewed expectations for more Japanese stimulus when Prime Minister Shinzo Abe appointed a “like-minded” individual to oversee the $1.2 trillion Government Pension Investment Fund. The JPY sank. It kicked into high gear with the ECB’s announcement of another rate cut and an Asset Backed Security purchase program. EUR sank. The Scottish referendum on independence got a lot of attention when news broke that the separatists were leading in the polls. Cable sank. The month ended with the Reserve Bank of New Zealand confirming that it had joined in the devaluation game by actively selling Kiwi. NZD sank.

October is always an interesting month and this year was no different. Ebola fears led to US equity market carnage and a spike in FX volatility. Oil prices plunged. The dollar soared. (Today- WTI oil at $79.10/barrel looks rather attractive). US Retail Sales missed and the dollar tanked. And that was all in one day but representative of the first two weeks of the month. Japan ended the month with a big bang announcing new stimulus measures and JPY dropped 2.6%.

November saw a continuation of oil price deterioration, a snap election call by Abe, a hint of further stimulus action by the ECB and the Bank of England governor parroting Yellen’s statement about “focusing on the data”

December wrapped up the year with the US dollar in demand and the Russian ruble nearly rubble as collapsing oil prices and sanctions took a toll. The FOMC were no longer leaving rates low for a “considerable time” but instead were going to be “patient. The dollar stayed bid as the markets wound down for the Christmas holidays.

Hit the Lights –the New Year is upon us. 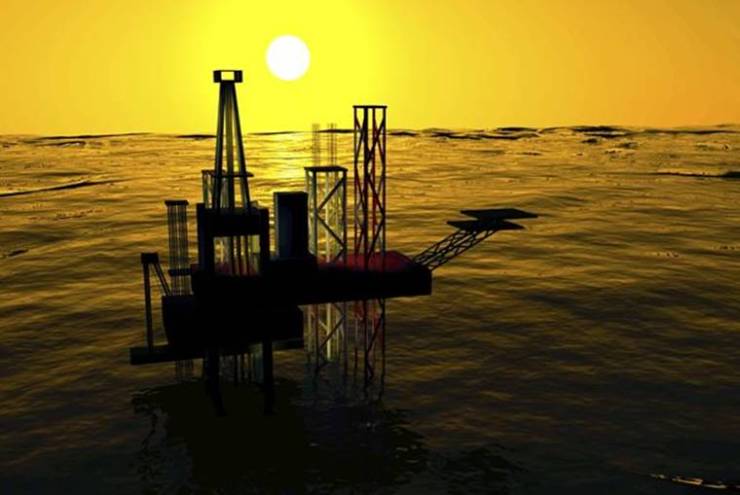 The collapse of oil prices and the ramifications for oil-dependent currencies emerged
as one of the stories of the year in November and December. Photo: Thinkstock