The highly anticipated US employment report has come and gone, leaving both bulls and bears unsatisfied. The report failed to deliver any clear direction and traders are now setting their sights on next week’s Retail Sales report. Meanwhile, oil continues to drift lower, giving USDCAD a bid.

Canada posted a headline loss of 20,000 jobs in April (versus a forecasted loss of 2,500) which at first glance is rather ugly. Upon closer inspection, however, the losses were all in part-time jobs. Full time jobs increased by 46,900. This report is being viewed as negative.

Last month’s data were the polar opposite. The headline reported a gain of 28,700 for March, but it was all in part-time jobs. Full-time employment decreased by 28,200 and this report was received positively.

The point is that both reports are, in the words of Lisa Simpson, “meh” and should be ignored. 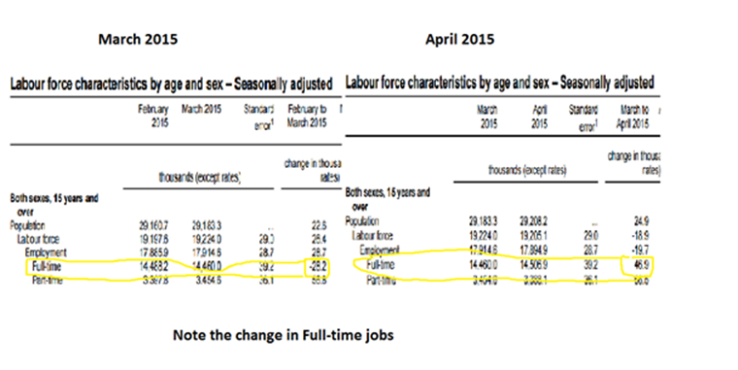 The loonie/oil relationship was on full display this week. A weak US dollar against the majors, news that hedge funds were buying oil contracts and concern that Saudi Arabia bombing Yemen could disrupt oil shipping combined to drive WTI above strong resistance in the $60.00/barrel area.

When the US dollar caught a bid on Thursday as positions got adjusted ahead of Friday’s NFP report, oil traders suddenly remembered that there was no shortage of oil. That became more evident after a WSJ story reported that Iranian oil minister Bijan Zangeneh declared that if sanctions were lifted this year, Iran could be pumping 5.7 million barrels per day by 2018.

Suddenly, the $70/b forecasts looked a tad optimistic and WTI oil prices oozed back below $60/b.

Create your own charts with Saxo Trader click here to learn more.

The volatile Canadian employment report has come and gone and USDCAD traders can eagerly await… well, nothing. There is the Bank of Canada quarterly review on Thursday which may attract a bit of attention in the absence of anything else even remotely related to the domestic economic outlook, but it shouldn’t cause a ripple to FX traders.

That leaves the Canadian dollar’s direction tied to the coattails of oil prices and the ebbs and flows of US dollar sentiment. Wednesday’s US Retail Sales report may be the catalyst to jump-start the bullish USD bandwagon but it is unlikely to break the dollar out of its current ranges. If so, barring any major oil price moves, USDCAD should stick to last week’s range as well.

Longer term, the sharp USDCAD rally in January left a large gap between 1.1940 and 1.2350. For the next three months, 1.2350 acted as major support, surviving numerous attempts to break below that level. That move finally occurred in mid-April and 1.2350 hasn’t been seen since.

What a week! For Japan, a Golden Week and for the rest, an NFP week. A quiet May Day on Monday morphed to mayhem on Thursday. In between, FX traders proved to be as fickle as an election promise, one day selling dollars and the next day scrambling to get them back.

Monday started with ugly April PMI data from China undermining AUDUSD (albeit briefly). European markets were jittery. Traders were both coming and going, trying to deal with Eurozone politics, economic data, fretting about the UK election, and Friday’s US NFP report.

Tuesday started with the Reserve Bank of Australia cutting interest rates by 0.25% which wasn’t much of a surprise, although the shift to neutral from an easing bias was. The US dollar spent most of the day under pressure following worse than expected merchandise trade data.

Meanwhile the ugly Canadian trade report appeared to be forgiven when oil broke through the $60/b resistance level and the Canadian dollar rose. Later in the day, a poor GlobalDairyAuction result drove kiwi lower. 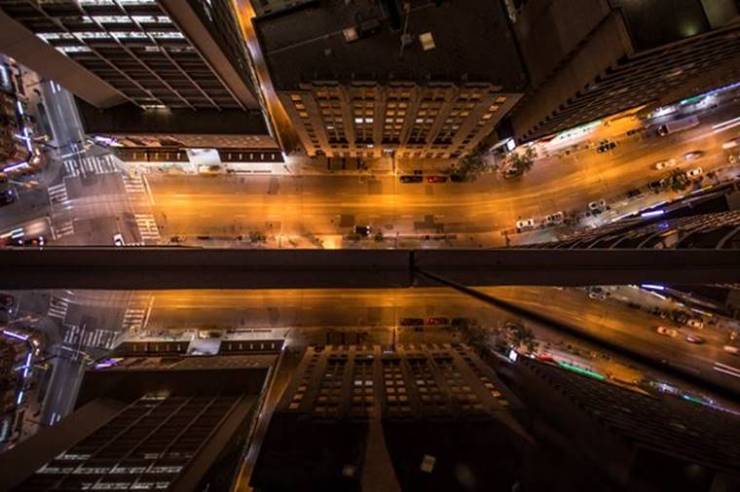 The streets of Toronto might not be paved with gold, but they do appear

to march to the tune of oil at the moment. Photo: iStock

The North American session was noisy. US ADP employment barely missed forecasts but that seemed to give traders an incentive to buy EURUSD and buy they did, taking it to 1.1370 from around 1.1230. A drop in oil prices caused USDCAD to bounce off of support.

It was another “thumping Thursday”. The previous day’s US dollar sellers became US dollar buyers when US jobless claims scored another print close to 15-year lows, oil prices corrected lower and Bund prices rallied.

This week will start with the focus on the UK. The aftermath of the surprise Conservative majority and the Bank of England meeting will make for an interesting Monday among sterling traders ahead of Bank of England governor Mark Carney’s Wednesday speech.

Also on Wednesday is the US Retail Sales data release. It needs to surprise to the upside to maintain the positive momentum from today’s payrolls report. The balance of US data releases are second-tier leaving trading direction at the mercy of geopolitical news and Greece debt renegotiation headlines.

The Bank of Japan governor’s speech on Friday could return USDJPY to the spotlight as additional easing measures are still on the table.