Loonie at home on the range 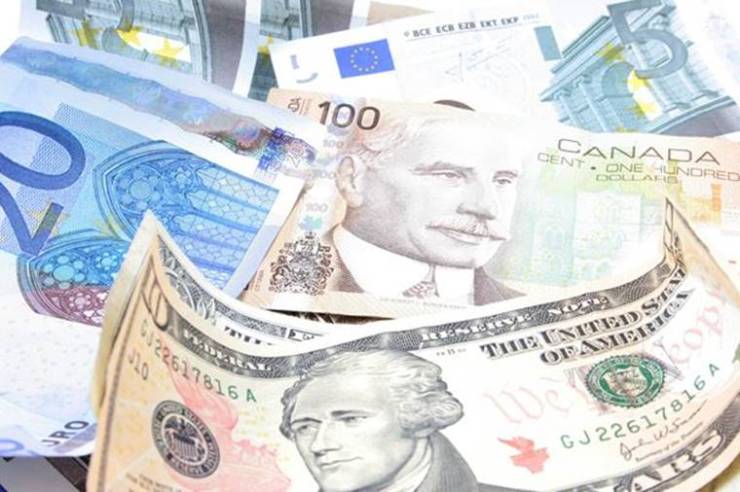 This morning’s US data didn’t provide any nourishment for rate-hike hawks on the Federal Open Market Committee, though none of it was bad enough to get the doves cooing, either.

The Bank of Japan didn’t surprise anyone overnight, and will the Fed follow in its footsteps tomorrow? This FOMC is widely described as divided, so tomorrow’s statement probably won’t make anyone happy. Rate hikes may be in the coloring book but someone has stolen the crayons.

The US dollar index has yet to recover fully from the post-ECB plunge, but there are signs that the healing may have begun. For starters USDX was unable to extend losses below the 95.90-96.00 area on five attempts on the hourly charts. The latest uptrend from the support area remains intact above 96.55-60 and has broken intraday resistance at 96.70.

However, this move is merely a countertrend rally. Failure to extend gains above the 96.95-00 area, which represents the downtrend from the beginning of March, would keep the series of lower, highs intact. If 97.00 is decisively broken, USDX could extend gains to the 98.55-70 area.

The USDX is rather murky, with intraday swings more noise than substance and reflective of the general uncertainty surrounding the US dollar, which is unlikely to change after Wednesday’s FOMC meeting. Like dead men, this USDX chart doesn’t tell any tales.

Oil traders may have got ahead of themselves. WTI prices have been in a steady uptrend since hitting a low of $26.05/barrel a month ago. A large part of the rally has been attributed to sizeable, speculative short positions being unwound when talk of production cuts started making the rounds.

Today’s decline is said to be due to concern that production caps may remain just a proposal and not become reality. Maybe so, but today’s move is also due to general US dollar strength on position jockeying ahead of the FOMC meeting.

The intraday technicals are bearish below $37.50/b, supported by the break of the $37.25-30 area representing the hourly uptrend line from the February low. A move through support at $35.20/b will extend losses to $33.90 which is the 38.2% Fibonacci retracement of the February-March range.

The Canadian dollar has hung on to its recent gains despite another ugly employment report and a central bank that may be out of step with reality. The Bank of Canada believes the global economy will expand in the second half of 2016, contrary to the views, in varying degrees, of the International Monetary Fund, the Organization for Economic Cooperation and Development, the European Central Bank, the Reserve Bank of New Zealand and the Reserve Bank of Australia, all of which expect lower growth. If the BoC is proved wrong, a rate cut is likely, although if it happens, it won’t be until the fall. 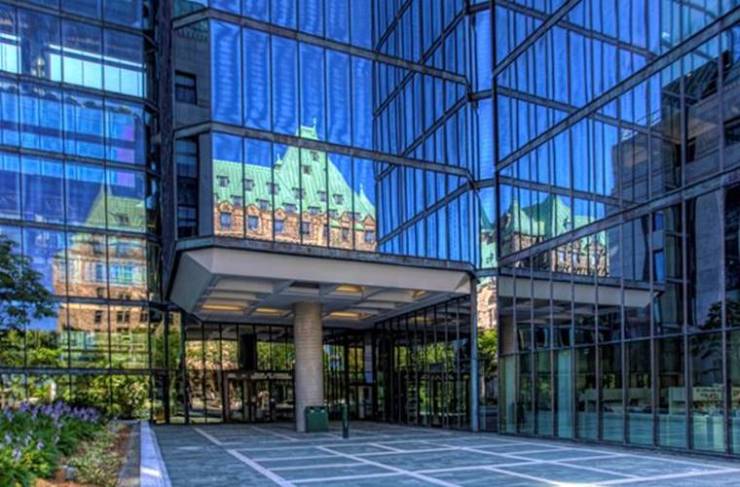 The Bank of Canada’s visions of second-half 2016 global expansion are looking increasingly out of step with the views of other economic forecasters. Photo: iStock

At the same time, even with today’s data, the US economy appears to be motoring right along, although the road is a tad bumpy, and that is good for the Canadian dollar.

Friday will bring Canadian retail sales and CPI data, both of which can be expected to be on the strong side and provide another layer of support to the loonie.

In the short term, the risks appear to be fairly balanced between USDCAD strength and weakness. The strength of the US economy offsets the weakness from a soft global economic outlook while the Fed remains cautious and divided, keeping rate hikes at bay.

USDCAD is in a steady downtrend channel following the January 21 break of support at 1.4400. Today the channel is bound by 1.3100 on the bottom and 1.3600 on the top. USDCAD is hovering just above the middle of that range (1.3360), with scope to move in either direction.

However, the intraday technicals are bullish and suggest gains toward the top of the channel are likely, though there is resistance at 1.3450 and again at 1.3510.

Like buffalo that roam, the loonie is at home in the range.