· US payrolls data surprise to the upside

· Brexit fears still in the driver’s seat for FX traders

FX markets should adopt Metallica’s 1991 tune “Nothing Else Matters” as their official anthem for the post-Brexit and GBPUSD trades, because for the foreseeable future, it’s all Brexit, all the time.

The spotlight will be shining on Bank of England head Mark Carney on Thursday and he may be eager to reclaim the mantle of “rock star” central banker that has slipped from his shoulders after a few flip-flop performances. He hinted that he would cut rates earlier this week and the odds are reportedly as high as 78% that a rate cut will occur.

Why bother? FX markets have already reacted to the Brexit news. GBPUSD has shed over 22 big figures. The government is in disarray with and the major political parties are all trying to find a new leader.

For the UK, and markets in general, that is probably a good thing as it means that until the political partyies get their houses in order, the politicians can’t do any more damage then they already have.

The US dollar index may not be the most reliable measure of US dollar direction or sentiment due to its heavy weighting of EURUSD. Still, it is a widely viewed indicator so it cannot be dismissed.

The 93.00 area has provided decent support since January 2015 and the area has survived a couple of tests since May of this year. The USDX downtrend since the end of January had survived at least four attempts to break it. It didn’t survive the fifth one which occurred on June 23.

Create your own charts with Saxo Trader click here to learn more.

Bank of Canada on tap

The Bank of Canada Monetary Policy Report, interest rate decision and governor’s press conference is on Wednesday. The MPR will be closely scrutinised for changes in the bank’s current, upbeat outlook for the domestic economy. Other than that, there shouldn’t be any surprises.

Mr. Poloz could teach the Federal Open Market Committee members a lesson in “cautious”. The Brexit vote, a dovish Fed, and the wait for the impact of the federal fiscal stimulus programs to show up in economic data provide the BoC with all the justification it needs to do nothing, and what better time to do nothing than summer in Ottawa?

The Canadian capital has its charms, but it is not the most frenetic of world cities. Photo: iStock

Those looking for the traditional “summer doldrums” in FX markets will be on a quest akin to Frodo’s trek to the Mountain of Doom to destroy the “one ring”. It will be a long, arduous process thanks to the UK and Brexit. The possibility of a UK or EU event issue upsetting sterling and FX markets will be lurking just below the surface every day for a while.

With that in mind, fallout (if any) from today’s nonfarm payrolls data and Chinese economic data releases will be the key focus in Asia on Monday. After that, the marquee event of the week will be Thursday’s BoE interest rate decision, Monetary Policy Report and Carney’s press conference.

The BoC interest rate decision is Wednesday but Brexit, the FOMC and the wait for more data from the March fiscal stimulus programme suggests a pretty tame outcome.

China GDP and Retail Sales data and a slew of US data releases will close out the week.

This week looked like it had all the ingredients required for some FX fireworks which would have been fitting following on the heels of the American July 4 holiday. It did.

Monday was a very dull session after Europe closed for the day due to the US holiday, but it didn’t start out that way. Australian’s awoke to muddled election results. USDJPY and EURUSD drifted higher before Europe walked in while GBPUSD just traded sideways. The Nikkei was in positive territory. By mid-day in Europe, the leader of Britain’s UKIP party had resigned.

Tuesday started with traders talking about declining yields across most core government curves, questions about the health of the Italian banking industry and positive China services PMI data.

The RBA left interest rates unchanged but AUDUSD could not hang on to post statement gains. The Bank of England reduced the countercyclical capital buffer rate. The BoE said that the outlook for financial stability is “challenging” and said that some Brexit risks were starting to crystallise. That was all traders needed to hear and they whacked sterling. Later on, a UK property fund suspended trading. Can you say risk aversion?

Asian markets certainly could. Risk aversion was the core theme on Wednesday. Global bond yields continued to fall with the US 10-year yield hitting a record low of 1.33%. More UK commercial property funds suspended trading so more people sold GBPUSD and it hit 1.2797 in early Asia trading. (and this week’s low as well).

Elsewhere, Japan’s Ministry of Finance was making veiled intervention threats, telling all who would listen that they were “watching yen moves closely” and German 10-year bund yields were below minus 0.20%. Oil prices rallied and the FOMC minutes showed a somewhat divided committee that was cautious about Brexit risks.

Thursday’s Asia session started with news that S&P had cut Australia’s AAA credit rating. The initial AUDUSD fall to 0.7466 was reversed by mid-day in Europe. That move didn’t hold and AUDUSD closed in New York at 0.7490. USDJPY spend the entire day chopping around in a 100.60-101.20 range with traders waiting for Friday’s US employment report. The day ended in New York with oil prices down 5% on a disappointing EIA report, GBPUSD at 1.2850 and positive sentiment towards the US dollar on decent economic data reports. 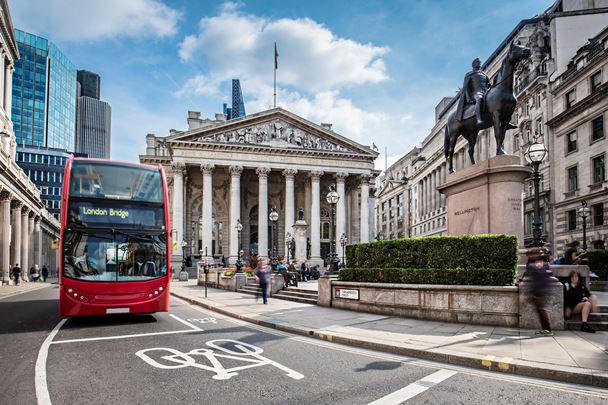