· Upside surprise to US GDP and Durable Goods boosts US dollar 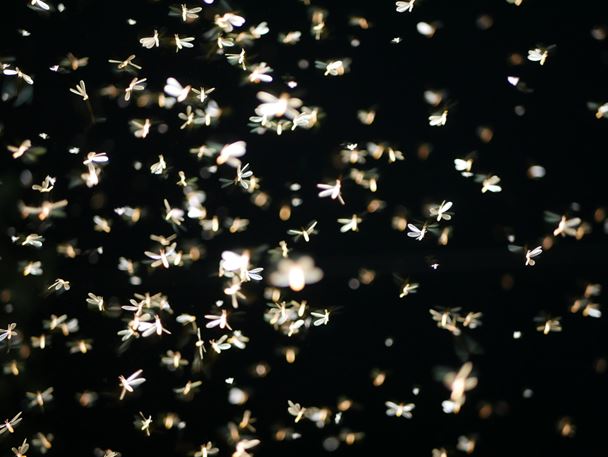 It’s not quite a chart of oil traders’ recent activity… but it’s close. Photo: Shutterstock

“Like a moth to the flame” is a phrase used to describe someone who was likely to be tempted by something that would lead to their downfall, and it aptly describes oil traders in May.

The rumour that Russia and Opec were discussing extending oil production cuts for an additional nine months beyond the previously agreed June 30 expiry date was the flame, first spotted on May 5.

Oil traders were the moths.

When Opec first announced the agreement to trim oil production by 1.3 million barrels/day on November 30, 2016, oil prices soared. Brent spiked, rising from $46.30/barrel prior to the news to $57.98/b on January 3, 2017, and WTI moved in a similar fashion. The moths circled the flame as prices were fairly stable and well above $50/b until March 8

A combination of issues including questions about the Federal Reserve and US rate hikes, president Trump and his ability to delivery on election promises, and steadily increasing US crude inventories led to a massive unwind of long oil positions. Brent dropped from $56.11/b on March 8 to $50.25/b two weeks later. The moths flew into the flame.

Geopolitical issues including a US air strike in Syria, supply disruptions from Canada, and speculation that US demand was rising and US inventories were shrinking. That rally saw Brent prices peak at $56.56 on April 12. Prices collapsed under the weight of rising US crude and gasoline inventories, reports of increased shale production and concerns that the global supply/demand imbalance wouldn’t be corrected for many months. Once again, Lymantria disparwas roasted.

When Brent oil prices were plumbing the depths of $47.20/b, a rumour began circulating that Russia and Saudi Arabia were concocting a plan to extend the Opec production cut agreement for an additional nine months. That flame attracted another swarm of moths. Brent prices rallied to $54.39 fueled by rumours that not only would production cuts be extended, the cuts would be deeper.

On May 25, Opec delivered the production cut extension. Suddenly, that news was bad news. Traders were concerned that the extension wouldn’t do anything to combat tepid demand and rising production. The flame became a blow-torch and the moths were incinerated… again.

Evidently, there appears to be far more moths than flames which suggests this latest bout of oil price weakness will pass.

It is going to be a very busy week. Month-end portfolio rebalancing flows on Wednesday and US nonfarm payrolls on Friday will be the major points of focus. It is also going to be a short week for UK and US traders who have Monday off.

Monday will be very quiet around the globe, unless there is some drama at the conclusion of the G7 meeting in Italy.

Tuesday, the Asian session may be quiet due to a lack of regional data and a holiday in China. UK and US traders return to work and will deal with fall-out, if any, from Eurozone data and US Case-Shiller and PCE reports.

Wednesday is a very heavy day for data around the globe. Asia starts with the Reserve Bank of New Zealand Financial Stability report followed by Australia GDP and then manufacturing PMI data from China. Eurozone CPI and Unemployment are the marquee reports in Europe with Germany adding unemployment and Retail Sales to the mix. The UK has consumer credit and Mortgage data. Canada GDP is on tap and the US releases Chicago PMI and Home Sales data. Month-end portfolio rebalancing flows will be the icing on the cake, making this a very entertaining day for traders.

Thursday, Australia retail Sales and China Manufacturing PMI will compete for attention in Asia. There is a host of Eurozone PMI data on tap. In the US ADP Employment data and ISM manufacturing PMI are due.

Friday, the US employment report is due and traders will be looking for a big number to confirm a June rate hike while upping the odds for a September hike as well.

There was a risk that fresh political theatre from Washington would add some drama to FX trading this week. There wasn’t any. That’s because “drama queen” president Trump was overseas imparting his brand of wisdom to Nato and the G7.

Monday, GBPUSD gapped lower at the open in Asia after a UK election poll. It showed the Conservative Party’s lead shrinking. USDJPY rallied from 110.87 to 111.58 on mild profit-taking and concerns ahead of the Trump budget that was being released on Tuesday.

German chancellor Merkel gave EURUSD a big boost when she said that a “too weak” euro was responsible for Germany’s trade surplus. Euro traders dined on that comment for the rest of the week. EURUSD touched 1.1266 by mid-morning in New York and then spent the rest of the session in a narrow 1.1228-43 range.

USDJPY closed in New York very close to where it had closed on Friday while sterling was a tad lower.

Tuesday, a UK terrorist attack put a damper on trading in Asia and Europe. EURUSD stayed firm and touched 1.1267 when New York walked in. A dose of mixed economic data and Trump’s budget proposal for $3.6 trillion in spending cuts gave the US dollar a bid

Oil price slipped after Trump suggested selling half of the US Strategic Oil Reserve.

Wednesday, the G10 currencies hugged narrow trading bands ahead of the release of the FOMC minutes in the New York afternoon. Moody’s unsettled Asia markets, briefly, when they downgraded China Sovereign debt from Aa3 negative to A1 Stable, much to China’s chagrin.

Oil prices stayed firm supported by a decline in US crude inventories. The Bank of Canada left interest rates unchanged but the policy statement was not as dovish as expected. USDCAD dropped.

The US dollar went into the Federal Open Market Committee minutes with a bid tone. That proved to be a mistake. The FOMC minutes were seen to be dovish and the US dollar declined. Wall Street was pleased with the FOMC and the major indices posted new record highs.

Thursday, Asia traders sold US dollars on the FOMC minutes but lacked conviction and quickly bought them back.

NZDUSD opened at 0.7052 and then retested that high after New Zealand’s budget. The government forecast a larger than expected surplus in 2017.

EURUSD peaked at 1.1249 early in the European session and drifted steadily lower, touching 1.1200 after the US data.

The Opec meeting dominated the New York session. Oil prices rallied to $51.97 in Europe on anticipation of not just a production cut extension, but deeper production cuts. They only got the extension. WTI plunged, shedding nearly 5 percent by the end of the day.

Friday, the Japanese yen was in demand in a nod to risk aversion following the oil price swoon and a dip in Asia equity indices. Sterling got whacked on another UK election poll showing Prime Minister May lead narrowing to a mere 5 points ahead of the June 8 election. The US dollar was poised to head into the long weekend on a firmer footing against EURUSD after better than expected GDP and Durable Goods data. 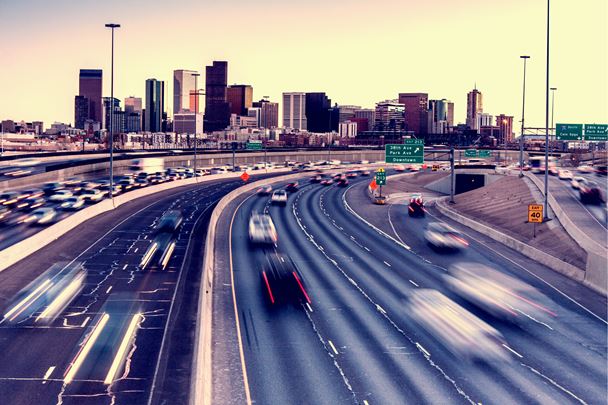 Rush hour: Will next week’s US jobs report for May justify a June rate hike? Photo: Shutterstock