Next on the agenda? Making Nafta great again

· Weak US jobs data may be weather-related

· Loonie rallies on Nafta optimism and a strong employment report 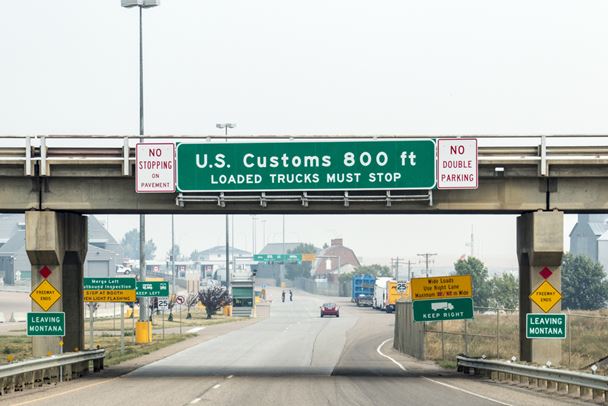 The “worst deal ever” is not quite “beautiful, great, incredible, huge" or any other of President Trump ’s favourite superlatives, but Nafta is fast becoming a priority.

On April 2, media reports quoting “sources with knowledge” said the president was pushing to have an “outline” of a Nafta agreement signed any ready to be announced at the summit of the America’s in Peru on April 13 and 14. Those reports received extra credence on April 5 after news that the eighth round of formal Nafta talks was delayed because of a series of high-level meetings in Washington.

That news and Friday’s US and Canadian employment reports bode well for USDCAD bears. Nonfarm payrolls (NFP) did not live up to expectations, and the Canadian report exceeded them. The weaker than expected NFP (Actual 103,000 vs forecast 190,000) undermined the US dollar, but the impact was marginal. Poor weather at the beginning of March, may have skewed the data.

Canada added 32,300 new jobs, all of them full-time. It may even kick-start a new dialogue about the timing of the next Bank of Canada rate increase. The increased odds for a successful trade deal renegotiation will remove the cloud of uncertainty from the Bank of Canada’s outlook. The employment data shows the Canadian economy is humming along, nicely. It may be too soon for a rate hike at the April 18, meeting, but the May 30th meeting should be wide open.

All of the above and bearish short-term USDCAD technicals target further losses towards 1.2500 in the coming days. USDCAD broke below 1.2793 (38.2% Fibonacci retracement of February-March range) which has put a target on the 61.8% retracement level of 1.2589.

Monday: The Bank of Canada Business Outlook Survey does not usually attract a lot of attention from FX traders. This one could be different considering the recent shift in tone to Nafta talks.

Wednesday: Westpac Consumer Confidence may underwhelm due to recent trade war jitters. There is a lot of second and third tier UK data which will entertain GBPUSD traders. The US inflation report is the main attraction with energy prices having a negative impact. Nevertheless, calculation methodology may lead to a rise in the Core data.

Thursday: Australia February Home Loans data is expected to show a small improvement. (Forecast -0.6 vs January -1.1%) The ECB policy meeting and press conference will underpin EURUSD on the days leading up to it. Traders will be looking for more clues as to the timing of policy normalization.

Friday: China trade data will get extra scrutiny thanks to the ongoing trade spat. Eurozone data will have minimal impact as it follows the ECB meeting.

It may have been a short week in many markets, but there was no shortage of volatility and drama, especially on Wall Street.

Monday: Australia and New Zealand markets were closed for Easter Monday, but AUDUSD managed to trade lower after weaker than expected Caixin China Manufacturing Index dipped to 51.0 from 51.6, previously. The European and UK sessions were deathly dull due to Easter Holidays. Canada was partially closed. Wall Street tanked. A series of Trump tweets about Amazon and China’s announcement of tariffs on $3 billion worth of US food imports, spooked traders. WTI oil prices finished 3.0% lower. Only the Japanese yen finished the day with a gain.

Tuesday: The day started wobbly. Asia equity markets followed US markets lower, but the move didn’t last. The Reserve Bank of Australia didn’t do anything to disturb the market. USDJPY bottomed early and climbed steadily into the New York open. Sterling inched higher supported by a forecast-beating Manufacturing PMI report. New York FX trading was subdued. However, USDCAD plunged on news that President Trump was pushing for an “outline” of a Nafta agreement the following week, to be announced in Peru. Wall Street recouped most of Monday’s losses, helped by a report that the Trump administration didn’t have plans to go after Amazon.

Wednesday: Risk aversion was the “soup du jour.” China launched new tariffs on about $50 billion of US imports and markets feared a trade war had just begun. The Japanese yen and Swiss franc were in demand although the FX moves were understated. Gold rallied from $1,332.95 to $1,348.24 by breakfast time in New York. Wall Street sank but then reversed course after National Economic Council Director Larry Kudrow suggested the tit-for-tat tariff exchange was just negotiating tactics. Oil traders liked the news and WTI rose 1.9%. Both the Swiss franc and yen finished down on the day.

Thursday: Trade war nerves were soothed, and traders shifted their focus to Friday’s US employment report. USDJPY climbed steadily supported by higher Treasury yields. AUDUSD enjoyed a short-lived rally to 0.7725 after posting a larger than forecast trade surplus, but pre-payrolls positioning drove prices down to 0.7680 by the New York close. Soft UK services PMI put GBPUSD under pressure until the New York afternoon, when it clawed back some of the losses. Less-than impressive Eurozone data and the outlook for a robust NFP number drove EURUSD down. Wall Street gained in a somewhat reluctant manner after a weak start to the day. The US dollar closed in New York with gains all around, except against the Canadian dollar.

Friday, Asia markets were roiled at the start following a Trump threat to levy tariffs on another $100 billion worth of China imports. The quickly calmed down and look ahead to the US employment data. NFP disappointed but the miss may have been weather-related.